Three Columbus Jazz Legends to be Inducted into Walk of Fame

For more information about these famous musicians, read the summaries from CAPA: 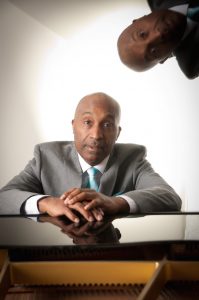 A child prodigy, Bobby Floyd’s delivery on piano, organ, and keyboards displays a unique musical power that uplifts and inspires. He has toured the world, performing with Ray Charles, Jeff Tyzik, Chris Howes, Byron Stripling, and his own trio. His current touring schedule includes performances with the Boston Pops, Rochester Philharmonic, Detroit Symphony, Vancouver Symphony, and Edmonton Symphony, as well performances with the legendary Count Basie Orchestra. Additionally, Floyd is the current pianist/organist for the Columbus Jazz Orchestra. He has taught at The Ohio State University, in his own private studio, and currently at the world-famous Jamey Aebersold Jazz Workshops. His critically acclaimed CDs include Interpretations, Setting the Standards, Floyd’s Finest Gift, and Notes To and From My Friends. 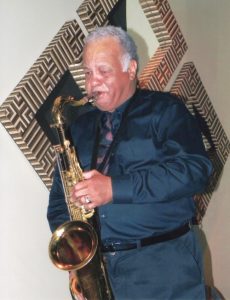 Carl Sally has entertained audiences throughout the US and Canada when touring with rock ‘n’ roll legend Chuck Berry. He was inducted into the Jazz Hall of Fame in 2002, and has performed for President Carter, Vice President Rockefeller, and played the national anthem for the Kentucky Derby, MLB, NFL, and NBA. Sally has made numerous university appearances including Harvard, Yale, Ohio State, and Dennison. He has also served as Director of Entertainment for the Sheraton Hotels in Anchorage and Seattle.

Nancy Wilson, Jazz Vocalist
With more than 70 albums, three Grammy Awards, and an Emmy, Nancy Wilson has been labeled a singer of blues, jazz, cabaret, pop, soul, a “consummate actress,” and “the complete entertainer” over her more than 50-year career. She was the recipient of the 2004 National Endowment for the Arts’ Jazz Masters Fellowship award, the highest honor the US government bestows upon jazz musicians, and has a star on the Hollywood Walk of Fame. Wilson has also been awarded the 2005 NAACP Image Awards for Best Recording Jazz Artist, the 2005 UNCF Trumpet Award celebrating African-American achievement, a Lifetime Achievement Award from the NAACP in Chicago, and Oprah Winfrey’s Legends Award.