One of Columbus’ premiere jazz musicians, pianist Bobby Floyd, will be performing two great shows this week at Natalie’s Coal Fired Pizza and Live Music. On Thursday, Bobby performs with his trio along with special guests Jeanette Williams (vocals) and Eddie Bayard (saxophone). And then on Friday evening, Bobby returns to Natalie’s with his daughter and special guest vocalist, Bobbi Townes. The passion Bobby Floyd displays on piano, organ, and keyboards is the result of an innate, God-given ability, decades of experience, and years of practice. A child prodigy, Floyd’s delivery displays a unique musical power that uplifts and inspires audiences around the world. These will be two shows not to be missed. Let’s learn more about the musicians joining Bobby: 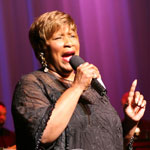 Columbus native Jeanette Williams began her singing career in church on the city’s east side. Her first professional appearance was with Hank Marr at the age of 14. She also appeared with Rusty Bryant, touring the U.S. and Europe. A graduate of East High School, Williams enjoyed wide acclaim as the featured singer in the Seeds of Fulfillment. Appearing on the same bill with Sarah Vaughan at the Palace Theatre, Jeanette thought she “died and went to heaven” when Sarah asked her to sing with her. Williams appeared the Columbus Jazz Orchestra and Columbus Symphony Orchestra. Williams rich and powerful voice, influenced by roots in gospel music and the blues, make her a jazz singer of remarkable talent. Williams is also an excellent cook and caters lunches for businesses. She has three children – André, Marcus and Sherrice. 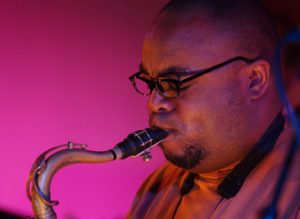 Edwin “Eddie” Bayard, the son of a be-bop era trumpeter who played in Dizzy Gillespies’ jazz orchestra, was born into a musical legacy that has placed him in the lineage of the great tenor players: Coleman Hawkins, John Coltrane, Sonny Rollins and Eddie Harris to name but a few. Bayard brings pure ?re to the bandstand with every performance with his virtuosic style, and has learned to be both explosive and sensitive as the demands of his expression re- quires. This very gifted, and exciting, reed-man began his professional career at the age of 16. He studied music performance at the Berklee school of music and the Ohio State University school of music and continues to perform regularly around Columbus and the country.

Floyd has toured and performed extensively with Ray Charles, Jeff Tyzik, Chris Howes, Byron Stripling, and his own trio. His recent performances in Europe, Australia, China and Japan have garnered high praise. His current touring schedule includes performances with Byron Stripling and as featured soloist with orchestras throughout the USA and Canada, including the Boston Pops, Rochester Philharmonic, Detroit Symphony, Vancouver Symphony, Edmonton Symphony, and many others. He is also currently touring nationally and internationally with the legendary Count Basie Orchestra. Additionally, Floyd is the current pianist/organist with the Columbus Jazz Orchestra where he is often featured and has accompanied some of the most well known jazz, gospel and pop artist of our times, ranging from Branford Marsalis, Roy Hargrove to Mavis Staples.

Floyd has taught at The Ohio State University, in his own private studio, and currently at the world-famous Jamey Aebersold Jazz Workshops. His critically acclaimed CD’s, Interpretations, Setting The Standards, Floyd’s Finest Gift, and Notes To And From My Friends demonstrate his ability to electrify audiences and have received the highest praise from critics and musicians alike.

2013-01-15
Previous Post: Jazz Guitar Sensation at the Wexner on Jan 18
Next Post: New Weekly Jazz Jam Session at Victory’s in the Brewery District